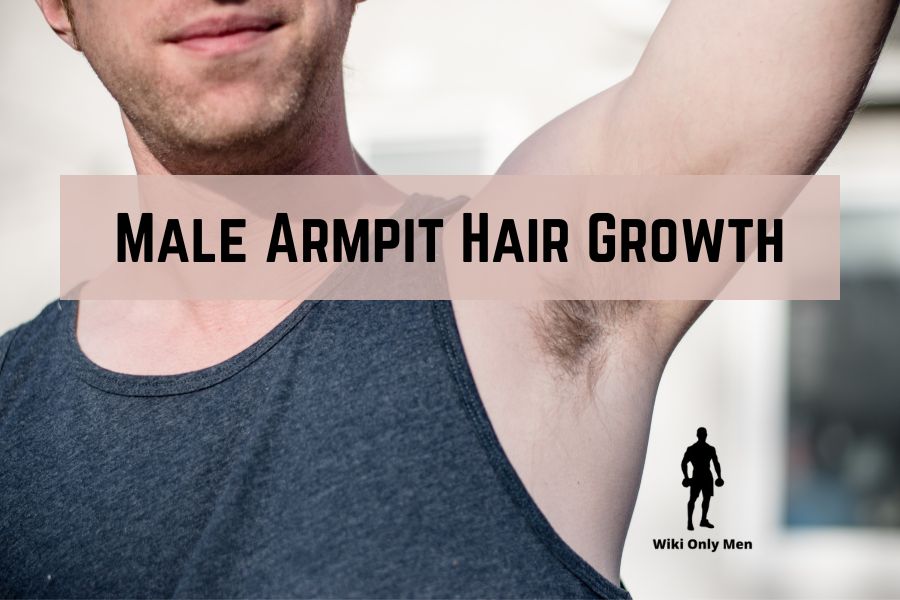 The pituitary gland releases a set of hormones termed androgens into the testicles between the ages of 11 and 14 – which are responsible for male armpit hair growth.

The eccrine sweat gland, which may be located on the soles and palms of the feet, is the only other sweat gland in the body.

Is There A Difference Between Pubic & Armpit Hair?

The term “terminal hair” is used to describe all body hair, including that which grows in the face, armpits, and genitalia. It begins as vellus hair (fine hair) and gradually becomes coarse as a person reaches adolescence.

These hairs shed frequently, so even the longest hair in the armpits or pubic area would be less than 6 inches in length.

What Kind Of Hair Is Armpit Hairs?

As you age, your hair goes through a lot of changes. You have lanugo hair as a newborn. In childhood, vellus hair replaces this, which aids the body in regulating its temperature.

“Peach fuzz” and “baby hair” are common names for this type of hair because of their delicate texture and pale tint. The nose, ears, and eyelids are common places to experience this.

However, after puberty sets in, there is a second transformation in the body hair’s appearance. Eventually, vellus hairs reach their terminal stage, at which point they become more substantial, darker, and coarser.

Terminal hair can grow in many body parts and is sensitive to androgen levels. Terminal hair, usually seen on the legs, arms, chest, stomach, and feet, will spread to other locations as androgen production increases.

Men Should Keep Their Armpit Hair For Some Reasons

The debate over whether or not guys should shave their armpit hair is one of the most contentious in the male sphere.

The benefits of having hair on your body outweigh the inconvenience in some points.

You may be surprised to hear that finding a partner may be easier if you have hair under your arms. The reason being pheromones, a naturally occurring substance that plays a part in sexual attraction, are released from the armpits and contribute to that odor.

When you don’t shave your armpits, the stench is more likely to be trapped since sweat clings to your hair. Because of this, the pheromones are more potent than before.

Smelling a person’s natural scent can reduce stress, according to a 2018 study including 96 heterosexual couples. The men in the study were asked to wear shirts for 24 hours and to forego any body sprays or deodorants, leading to this finding.

The women conducted several tests to gather data after smelling their partner’s clothes. A stressful simulated job interview and saliva samples were taken to analyze the stress hormone cortisol.

At the end of the day, it was discovered that there is a certain allure to the human body’s natural musk.

When engaging in physical activities like running or walking, armpit hair gets in the way and limits direct skin-to-skin contact. Pubic hair does the same function since it lessens the amount of friction experienced in intimate situations.

Avoiding The Risk Of Side Effects From Razor Use

Avoiding problems like ingrown hair and skin irritation might be another benefit of leaving your armpit hair alone.

You can spare yourself the pain of ingrown hairs and inflamed follicles, for example, that can last for a week or more by ditching your razor.

By avoiding the razor, you reduce the danger of skin irritation, rashes, folliculitis (inflammation of the hair follicles), and even infection caused by sharing razors with other people.

That fluffy thing beneath your arm… what do you think about it? That hair you find in your armpits. Either way, there are several reasons why you would want to choose smoother armpits, and we’ll go over them below.

It doesn’t take much to impress us, and we love to surprise our friends and family by engaging in behavior that looks more like a ritual than basic hygiene. Although shaving one’s armpits is a typical practice amongst men, it has traditionally been seen as unusual.

Sixty-eight percent of the 4,044 males polled claimed they shave their armpit hair, with 52% citing cosmetic concerns and 16% citing performance enhancement.

Shaving has several advantages, not the least of which is silky smooth skin.

Bored with your sweaty self and the clothes that show it? Since hair acts as a natural moisture barrier, shaving your armpits can be helpful.

Although, some folks just naturally perspire more than average. (Hyperhidrosis refers to an overabundance of sweating, which manifests most obviously in the perspiration on the palms, soles, and underarms.)

A study conducted on men in 2016 indicated that shaving dramatically reduced axillary odor for 24 hours after shaving. An article published in 1953 revealed similar outcomes.

In both experiments, it was discovered that shaving or waxing underarm hair made it simpler for soap and cleaning solutions to penetrate the skin and follicular openings.

For An Appealing Look

Regular underarm shaving produces softer skin, less coarse hair, and a healthier appearance. Sleeveless tops are becoming increasingly common on red carpets, and fashion shows worldwide. When worn without a vest or shirt, your armpit hair will be fully displayed (it might not be appealing). The best approach to make someone appear neat and clean is to shave armpit hair till they are smooth and hairless.

What Does It Mean To Have No Underarm Hair Grow?

The inability to develop underarm hair is probably due to a combination of heredity and medical issues.

Additionally, if you get laser hair removal done under your arms, the hair won’t grow back for about 6 to 12 months.

Whether or not you choose to get your body hair removed is a personal choice. Regions like your pubic hair or underarms are more personal.

Many people opt to shave because they enjoy how it makes their skin look and feel.

Leaving these areas ungroomed has other advantages, such as reducing friction and aftershave irritations.