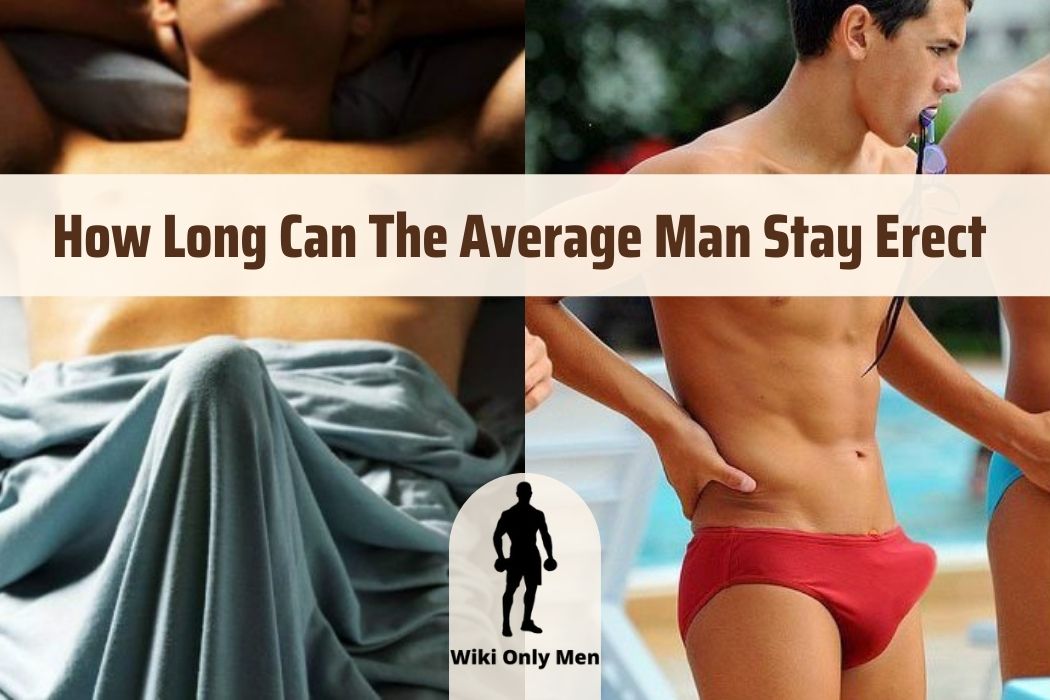 When it comes to sex, many of us want to know if we’re “normal.” Penis size and hardness are popular questions for individuals who have one.

The truth is that erections are similar to sex in that each individual and experience is unique. Erections, for example, can occur at any time – even while a man is sleeping or not even thinking about sex.

What Is An Erection, And How Does It Occur

An erection is when the penis is full of blood, hard, stiff, and ready to penetrate.

Having a soft or flaccid penis indicates that a man isn’t sexually aroused. That time his penis arteries are surrounded by tightened muscles, limiting blood flow to the sponge-like erectile tissue (corpus cavernosa) that makes up most of the organ.

Even though an erection is a bodily sensation, it begins in the brain. At first, nerve signals are sent to the brain that tells it to stimulate penile blood vessels, which in turn causes arousal.

During arousal, the brain sends messages through the nerve system of a man’s penile muscles to the muscles surrounding its arteries, instructing them to relax and broaden to enable more blood to fill the corpus cavernosa.

An increase in blood flow results from the arteries in the penis expanding while the veins close. This causes the penis to grow and stiffen as the blood is trapped in the corpora cavernosa. As a result, the penis becomes engorged and strengthened during sexual activity as more blood pours in.

Because there are so many parts involved in sexual arousal—the brain, heart, blood, nerves, muscles, and more—a penis that doesn’t function as you’d like it to can be affected by various factors. Erectile dysfunction can be caused by medical and psychological issues in some men, while it is more common in others.

It’s common to link erections with sexual activity, yet they can occur at any moment for many reasons. Erections come in three varieties:

How Long Can The Average Man Stay Erect?

There is no such thing as an “average” period for the length of an erection.

In a 2005 study of 500 couples, the time it takes for a penis to enter a vagina during intercourse to ejaculate varies from less than one minute to forty-four minutes, with a median of five minutes.

Aside from this, it is possible that the “penetration to ejaculation time” does not accurately represent erectile time, though, because the penis may remain erect during foreplay before penetration and even after ejaculation.

Older men’s erections do not endure long, so it is evident that age is an important criterion to determine the erection’s duration. According to research, males under 30 lasted almost two minutes longer than men over 50 during intercourse.

Is it possible to maintain an erection after having an orgasm?

After sex, some guys are able to keep their erections for more extended periods, but this is an exception. However, after an orgasm, the penis usually goes back to its normal flaccid state. And in most cases, men will not be able to sustain an erection following an orgasm.

How long can men stay erect – what is the short answer?

Urologist Jay Simhan, MD, associate head of the Department of Urology at Einstein Healthcare Network in Philadelphia, explains no hard and fast rule for how long a penis should be erect.

A typical erection lasts about 10 minutes, according to Simhan, without using any drugs. But he also stated that many of us fall far above or below the average in this regard.

Too Long Duration Of Erection

Yes, 4 hours is excessive and is referred to as priapism.

Two kinds of priapism exist. Other signs and symptoms vary according to the type:

Ischemic priapism: Pain and an erect shaft with a soft glans (penis head) are the most common symptoms of this condition.

Non-ischemic priapism: The shaft isn’t wholly rigid, and this one doesn’t feel like it hurts.

It is a medical emergency. If treatment is not sought, the risk of tissue death and long-term erectile dysfunction (ED) is high.

If you experience an erection lasting more than four hours, seek immediate medical attention. The type of priapism and the underlying reason can be determined and treated by a doctor or other healthcare practitioner.

Aside from that, there’s a wide range of possible explanations for such abnormal prolonged erection. In addition, you may be surprised to know that a scorpion or spider bite can cause a wide range of symptoms, from pain and swelling in the area to priapism and even death.

How To Get A Harder Erection

You may do several things to increase your sexual responsiveness and stamina.

Diet: Eating a more nutritious diet can significantly impact your entire health, including the health of your erections. Eating foods high in flavonoids, such as berries, cherries, soybeans, apples, and leafy green vegetables like spinach and kale can help maintain a healthy circulatory system. In addition, research suggests that following a Mediterranean diet can help avoid erectile dysfunction.

Workout: According to one recent study, just half an hour of daily exercise can reduce the risk of developing Erectile Dysfunction by roughly 40%. Another technique to increase sexual receptivity is strengthening your pelvic floor using Kegel exercises.

Lifestyle Change: Smoking and drinking might harm your ability to get and keep an erection, sexual performance, and libido. Quit smoking and abstain from alcoholic beverages.

Losing Weight: According to studies, men who are overweight or obese may improve erectile performance if they reduce weight. By adopting lifestyle modifications and lowering weight, around one-third of obese men with ED overcame their problem.

Reducing Stress: ED can be triggered by high stress and anxiety levels. Worse, having difficulties sexually can lead to even more stress, creating a vicious cycle. However, stress is a normal part of life, so find a way to deal with it that works for you. Make an appointment with a competent mental health practitioner if you suspect you have a more severe or chronic mental illness or performance anxiety.

Sleeping Well: ED is more common in those men who suffer from sleep disorders such as sleep apnea and insomnia. Create a relaxing environment in your bedroom by keeping it cool, dark, and quiet before sleep.

Being Open With Partner: Openly discussing sexual and emotional difficulties in a relationship can improve intimacy, reduce stress, and lessen any sense of obligation to impress your partner.

In addition, the following suggestions may be helpful for a stiffer erection:

How To Make Erections Last Longer

Delaying the climax can help you get a more prolonged erection during sex. Delaying orgasm can be accomplished through the use of a variety of strategies. The start-stop technique is one of them.

It’s also known as “edging,” which entails stimulating the penis until you’re near orgasm and then halting all sexual stimulation until the urge passes.

If you do this multiple times throughout a session, you will improve your ability to regulate and delay orgasm, resulting in longer-lasting erections.

With or without a partner, this strategy can be used.

You can also use the squeeze approach, similar to the previous method but involves holding the penis’ tip until the climactic sensation has passed.

There is no hard and fast rule for the duration of an erection. All men, and all erectile dysfunction, are different. However, the following variables can have an impact on the time of an erection:

Age: For some reason, the erectile function of older men may be compromised. In fact, sexual dysfunction is more common in older men.

In addition, some medical disorders, such as heart disease and diabetes, might make it challenging to get or keep an erection.

Involvement of chemicals: Erections can be more difficult to maintain if you’ve had a drink or used a recreational drug. Erection issues may also be caused by certain medications such as antidepressants, antihistamines, high blood pressure medications, etc. Medications for erectile dysfunction, on the other hand, can lengthen the erection of a man.

Emotional state: The capacity of a guy to maintain an erection can be affected by a variety of factors, including anxiety, stress, shame about sex, and distraction.

In What Situations Should You See A Doctor?

It can be difficult to keep an erection long enough for sex due to stress, worry, or relationship troubles. At some point in their lives, most men have problems with sexual receptivity. So, if you find it hard to get or keep an erection sometimes, you probably don’t need to worry.

But if you’re having trouble attaining or keeping an erection frequently, see a healthcare professional. Doctors can provide you with essential advice on extending the duration of your erections.

If your doctor determines that you have erectile dysfunction, they may prescribe an ED medication.

Boners are as unique as the people they associate with, so don’t base your expectations for how long they should last on what you hear at the gym or see in explicit movies.